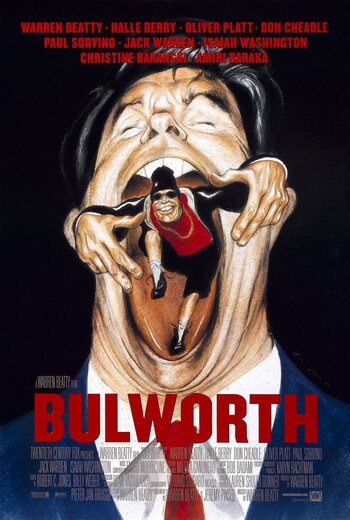 The story begins as the title character, Senator Jay Bulworth of California, grows weary with his political career and failing marriage. He decides to end his life, taking out a $10 million life insurance policy so his daughter will remain well off and hiring a hitman to kill him in two days' time. With nothing to lose, he spends his final hours letting the public know how he really feels about them, smoking marijuana, dressing like a gangsta rapper, and rapping about socialism.

Finding a newfound purpose in life as the voice of the underclass, Bulworth begins to regret his decision to hire someone to kill him. Can he stay one step ahead of the assassin's bullet?

"You can't be no ghost, Bulworth, you gotta be a spirit."