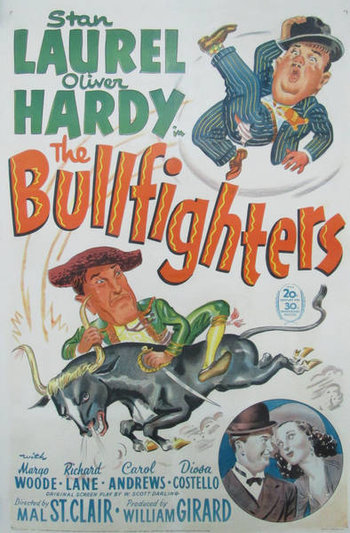 The Bullfighters is a 1945 Laurel and Hardy film. Their last North American movie, it was released by 20th Century Fox.

Stan and Ollie are detectives who have just arrived in Mexico to search for a larcenist. Their task is complicated by Stan's resemblance to a famous bullfighter, and the presence of a man they once sent to jail for a crime he didn't commit.