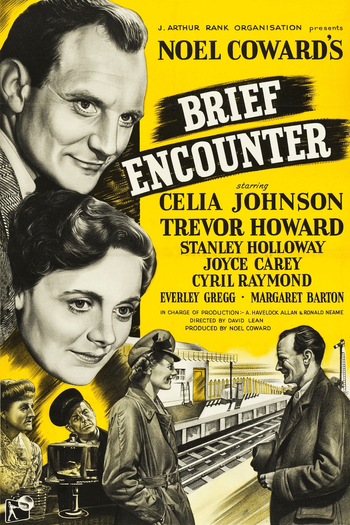 Laura (Johnson) is a suburban housewife in a rather dull marriage; one day, while waiting in the refreshment room of a train station, a doctor called Alec (Howard) helps her remove some grit from her eye. He is also married, but over time the two of them strike up a friendship, which blossoms into something more. But this being middle-class suburban Britain in the 1940s, they cannot possibly be together; Alec is called away for medical work in South Africa, and the two lovers are parted. The story is told In Medias Res from Laura's point of view after the pair separate as she travels home.

A 1974 Made-for-TV Movie adaptation starring Sophia Loren and Richard Burton aired on Hallmark Hall of Fame in the U.S.