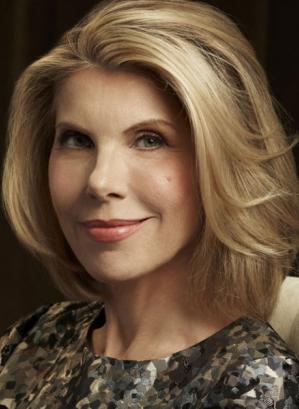 Christine Jane Baranski (born May 2, 1952 in Buffalo, New York) is an American actress. She won the 1995 Emmy Award for Outstanding Supporting Actress in a Comedy Series for her role as Maryanne Thorpe in the sitcom Cybill (1995–98). A 15-time Emmy Award nominee, her other television work includes her roles as Diane Lockhart in The Good Wife and the Spin-Off series The Good Fight, and as Dr. Beverly Hofstadter in The Big Bang Theory.

Example of:
Some of My Best Friends Are X