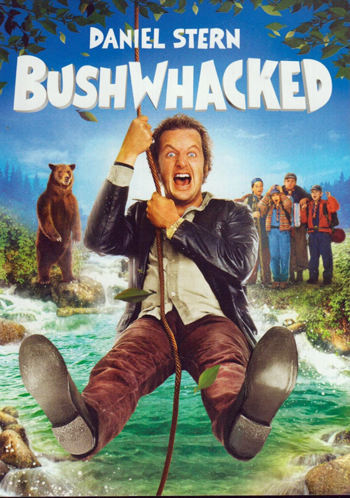 Bushwhacked is a 1995 family comedy starring Daniel Stern as Max Grebelski, a delivery man on the run after being wrongfully accused of murder. While on the run, he ends up mistaken for a scout leader and takes a group of kids, the Ranger Scouts, on an over-nighter in the mountains. Hilarity Ensues.