Film / Enemy of the State 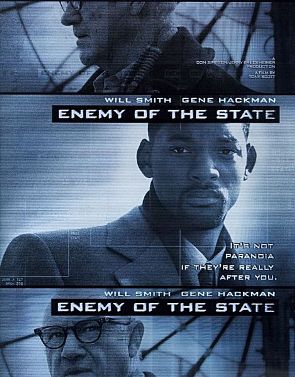 A group of rogue operatives from the National Security Agency kill a U.S. Senator who's set to block a bill to expand the government's authority for covert surveillance, but are caught in the act by a wildlife researcher's hidden camera. The NSA finds out about the researcher's tape, and the expanding cloud of coverups, murder and surveillance sucks in Robert Clayton Dean (Smith), a labor lawyer who unwittingly has the tape passed on to him. The NSA agents proceed to bug Dean's house and belongings, ruin his marriage, and destroy his life to get him to surrender the tape. Soon, the only friend he has is the retired NSA agent "Brill" (Hackman), who's learned how paranoid you have to be in this kind of world...

Enemy of the State contains examples of: