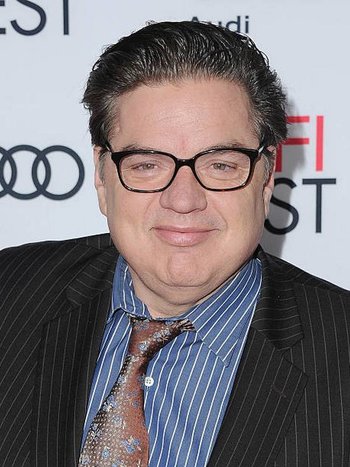 "The only thing I wanted to do when I was a young naive kid was to become a New York stage actor."
Advertisement:

Oliver James Platt (born January 12, 1960) is an award-winning Canadian-American actor. He was born in Windsor, Ontario, to American parents. Because of his father’s career as a diplomat, Platt attended twelve different schools all over the world, but it was a trip to the Kennedy Center for Performing Arts that sparked his interest in acting, by way of a monologue by a young Morgan Freeman. Thereafter, drama departments gave his childhood some stability.

Platt tends to prefer variety in his acting roles, choosing each successive role by how much it interests him and how different it is from the previous role.