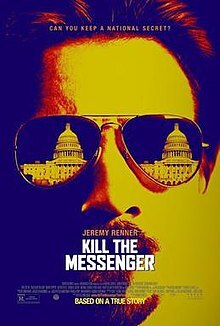 Kill the Messenger is a 2014 Conspiracy Thriller Docudrama directed by Michael Cuesta based on the Dark Alliance articles by Gary Webb.

While investigating the government's abuse of civil asset forfeiture, journalist Gary Webb (Jeremy Renner) discovers that the government has been sponsoring cocaine sales. Webb's investigation uncovers proof of this, which he publishes in a series of articles. Despite initial acclaim, however, things start to turn on Webb when the CIA begins a smear campaign against him.