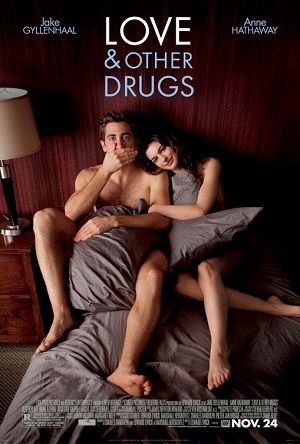 Jamie Randall (Gyllenhaal) is a Viagra salesman who falls in love with Maggie Murdock (Hathaway), a young woman who suffers from Parkinson's Disease; they start a relationship based on sex but end up actually falling in love with each other, to their mutual chagrin. A minor subplot involves Jamie's fat, nerdy brother Josh (Josh Gad), who gets kicked out of the house by his lover and moves in with Jamie, disrupting his intimate life. Hilarity Ensues.