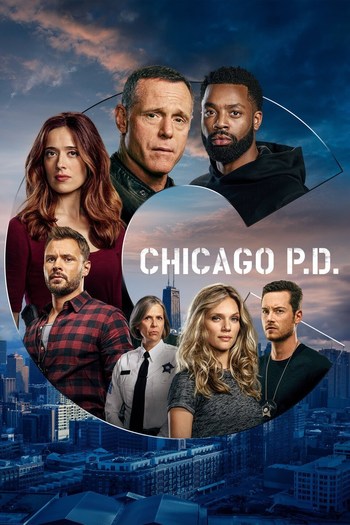 Don't *** With My City.
Advertisement:

Chicago PD is an NBC Police Procedural, Spin-Off of Chicago Fire, and second show in Dick Wolf's One Chicago Franchise, that debuted in January 2014.

The series follows Sergeant Hank Voight (Jason Beghe), a cop who may or may not be dirty, as he takes command of the Chicago Police Department's Intelligence Section. Voight and his unit brutally take on the city's most dangerous criminals using borderline, and outright, illegal tactics to keep Chicago safe.

See also Chicago Med, a medical drama, and Chicago Justice, a legal drama, that both belong in the same universe.