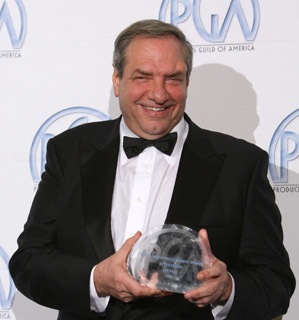 Richard Anthony Wolf (born December 20, 1946) is an American television producer, and creator of the massively popular and prolific Law & Order series and its many spinoffs. Was also a writer and co-producer on the third and fourth season of Miami Vice. Also attempted to revive Dragnet. Currently rebuilding his TV empire with the One Chicago franchise with four shows developed and launched in less than five years.

Prefers filming in New York although he now has an entire slate of shows set and produced in Chicago. Has a name that oozes manliness.