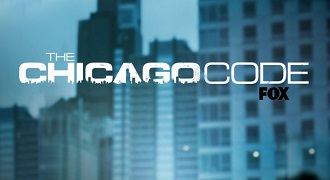 "When my father pinned the Chicago P.D. badge on me, he told me to shake hands with the good citizens of this city using a velvet glove, but keep a razor blade hidden between your fingers for the ones who forgot their manners."
— "Pilot"
Advertisement:

The Chicago Code is an American crime drama television series set, unsurprisingly, in Chicago. Follows Detective Jarek Wysocki, his new partner Caleb Evers, and Police Superintendent Teresa Colvin as they try to take down the Chicago Political Machine created by Alderman Ronin Gibbons. Other characters include Wysocki's niece Vonda, also a cop, and her partner Isaac Joiner as well as Liam Hennessey, an undercover cop in The Irish Mob.

Notable in that it was the first project in over 20 years to receive official support from the Chicago Police Department. The uniforms, insignia, and equipment used on the show are all authentic.

The show premiered on February 7, 2011 on FOX, and lasted only one season. However, it had good ratings when it aired in the US.

The Chicago Code contains examples of: