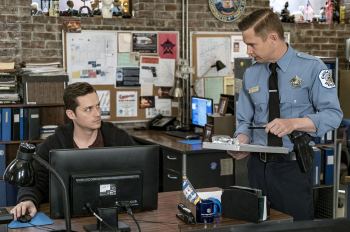 This term is also sometimes used specifically to describe the "Reverse Whodunnit" style of crime drama made famous by Columbo, despite the fact that most examples have very little to do with actual police procedure.

Note that the focus on "realistic" police work doesn't mean the show has to be set in "reality". A show looking at the day-to-day routine of the Space Police is still a procedural.

Both the Police Procedural and the Cop Show are sometimes called "Precinct Shows".