Series / The Bridge (US) 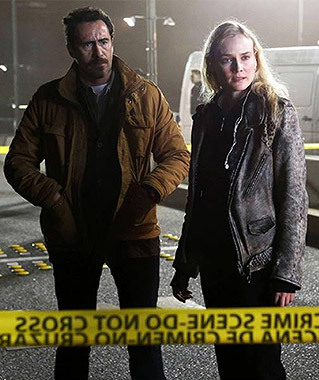 The Bridge is a television drama that premiered on the FX network on July 10, 2013. Diane Kruger and Demián Bichir play Sonya Cross and Marco Ruiz, American and Mexican police officers (respectively) who must work together when two halves of two bodies—that is, the top half of one body and the bottom half of a different body—are placed on the Bridge of the Americas between El Paso and Ciudad Juarez. The two jurisdictions must cooperate because the body parts were placed precisely on the border between the two countries.

After two seasons, FX announced in a press statement that the show will not come back for a third season.

The Bridge is the American remake of a Swedish/Danish joint production also called The Bridge (Bron in Swedish and Broen in Danish), also remade as the British/French production The Tunnel.