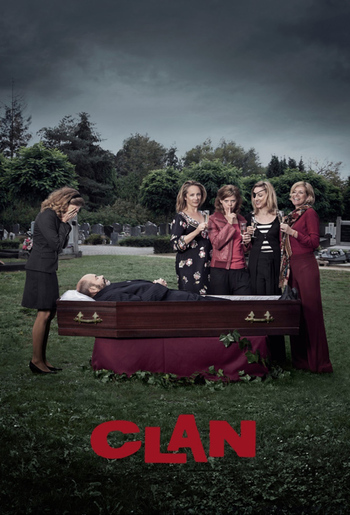 The story follows five sisters who have a close relationship due to the early deaths of their parents. Their relationship is torn apart after one of the sisters, Goedele (Inge Paulussen), marries despicable Jean-Claude (aptly called "De Kloot" meaning bollock, played by Dirk Roofthooft). Gradually, the five sisters see Goedele transform into a submissive housewife, living in the shadow of her loathsome husband. Each of the five sisters has a reason to detest "De Kloot". This eventually drives them to plot his death, but their plans don't always work out the way they expected. Eventually, he dies, but two insurance agents are convinced that his death wasn't an accident and are desperate to find out how he died.

The show aired during the fall of 2012 on the Belgian channel VTM, and was broadcast in the UK under the name The Out-Laws on Channel Four in 2016. An Irish remake titled Bad Sisters premiered in 2022.