Characters / The Bridge (US)

This page is for the characters of the FX television show, The Bridge (US). 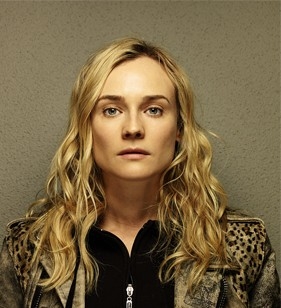 "You either do the right thing or you don't!"

A member of the El Paso Police Department. Cross has Asperger syndrome. 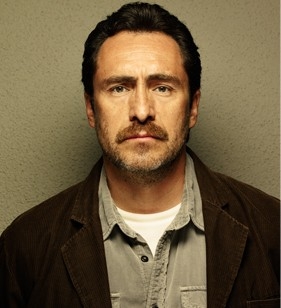 A homicide detective for the Policía Estatal (State Police) of the Mexican state of Chihuahua. 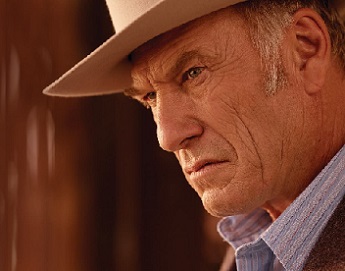 "One thing that this job teaches ya is that bad doesn't just happen: it's bred in."

A jaded El Paso cop and Detective Cross' supervisor. He finds himself often counseling Cross to be more diplomatic in her single-minded determination to catch the killer.

A wealthy widow whose rancher husband suffers a myocardial infarction on the Mexican side of the border and dies back in El Paso. Shocking secrets about his cross-border activities quickly come to light as Ruiz and Cross' investigation commences. 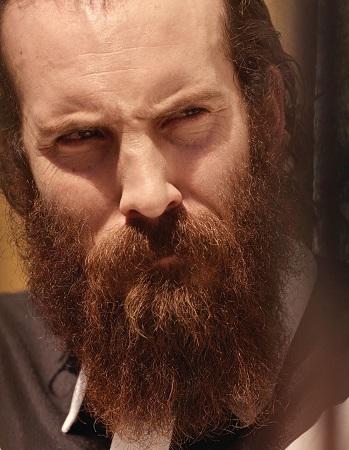 A lone wolf trying to survive in the lawless borderland. He's a volunteer at a homeless shelter, but also runs a side enterprise helping women escape from abusive spouses and lovers. 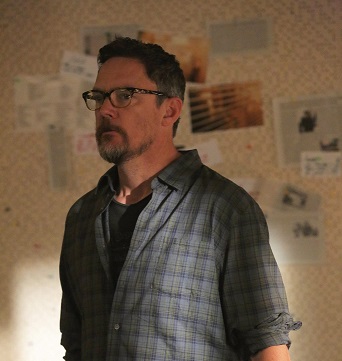 "Listen, I've written for the'' New York Post, ''the'' Houston Chronicle, ''okay. So don't tell me how to deal with the goddamn editor."

A newspaper reporter whose once-promising career has been derailed by a life of parties and substance abuse. Midway through Season 2 his editor fires him on the spot for attempting to publish a damaging story about Grupo Clio without any named witnesses and for insubordination. 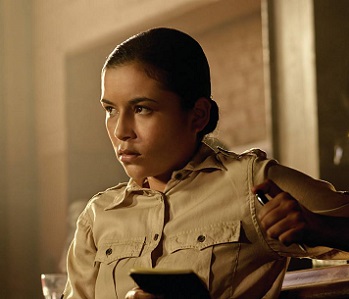 A young reporter who works with Frye at the El Paso Times.

Part of the El Paso branch, he's one of the guys on the case. Calls out Sonya for receiving favoritism from Hank.
Played By: Johnny Dowers

A mostly corrupt captain of the Chihuahua State Police. Marco's boss. At the end of Season 2, he is a wanted fugitive for kidnapping, rape, and abuse of power.
Played By: Juan Carlos Cantu

One of Marco's colleagues.
Played By: Ellie Araiza

An FBI agent, attached to the task force.
Played By: Alex Fernandez

An FBI agent, attached to the task force.
Played By: David Meunier

A DEA agent who is involved in an elaborate scheme to capture leading figures in the narcotics trade, one of which is Fausto Galván. Appears to have suffered a setback from less-involved cooperation from Mexico's new Attorney General.
Played By: Abraham Benrubi

A DEA Agent, works for Agent Mackenzie.
Played By: Joseph A. Garcia

A friend and former lover of Charlotte.
Played By: Brian Van Holt

Charlotte's servant at the ranch.
Played By: Alejandro Patino 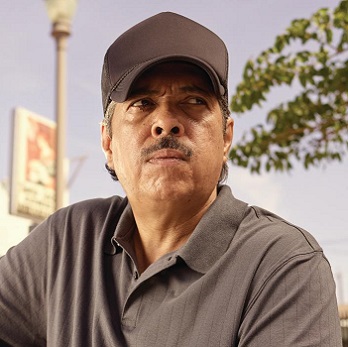 "Marco! You ever been to Norway?"

A powerful drug lord in Mexico. In Season 2, he spends much of his time in hiding because a change in government resulted in a greater crackdown on crime by the new authorities. Midway through Season 2, his hideout is raided and he briefly becomes a fugitive from justice before he is outwitted and captured alive by Marco. 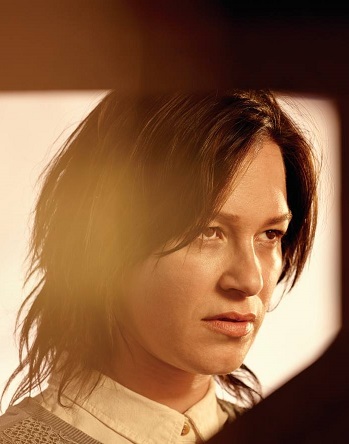 A creepy bookkeeper for the cartel.

An older Mexican woman who operates the tunnel under the Millwright ranch.

One of Fausto Galvan's sicarios. His girlfriend, Eva Guerra, tried to escape from him by engaging the services of Steven Linder.
Played By: Arturo del Puerto

One of Fausto Galvan's top enforcers.
Played By: Daniel Edward Mora
Advertisement:
Others

Marco's son from a previous marriage.
Played By: Carlos Pratts 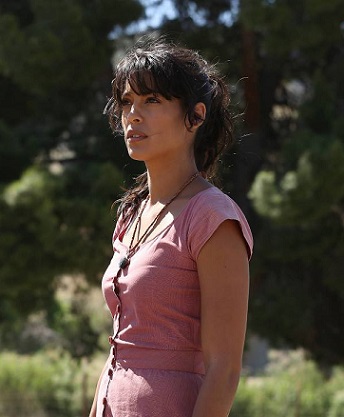 A young Mexican woman whom Steven Linder smuggles over the border to a safehouse.

A disturbed, racist vigilante, kicked off the police force on disability.
Played By: Chris Browning

A young El Paso girl, first seen at the police station being held overnight for shoplifting.
Played By: Cole Bernstein

Adriana's younger sister. She stopped going to school to work in a maquiladora.
Played By: Lorena McGregor

The owner of a ranch that doubles as a safehouse for abused women.
Played By: Jon Gries

A young Mexican woman, whose bottom half was found on the Bridge of the Americas. Came north to Juarez to work in the maquiladoras, but turned to prostitution.
Played By: Natalie Amenula

A Mexican woman trying to cross the border.
Played By: Karen Sours

Jim Dobbs' brother, who Sonya meets while Jim Dobbs is dying and with whom she forms a physical and emotional relationship.
Played By: Nathan Phillips

Introduced in Season 2, he is the newly assigned prosecutor for the State of Chihuahua and has arrived in Juárez to shake things up.
Played By: Manuel Uriba 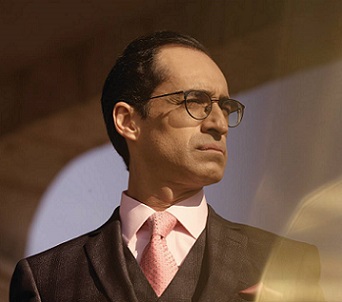 "In public, power is best wielded with a gloved hand, not a clenched fist."

The CEO of Grupo Clio Internacional, one of the largest holding firms in Mexico.

"Franco is a pseudonym. He is an assassin.
Played By: Júlio Cedillo