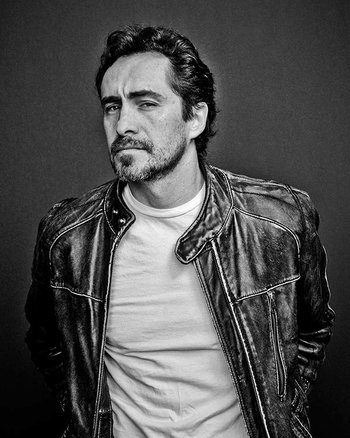 Demián Bichir Nájera (born August 1, 1963 in Torreon, Mexico) is a Mexican actor. He is a member of the Bichir family, being the middle child of actors Alejandro Bichir and Maricopa Nájera, as well as the brother of fellow actors Odiseo and Bruno Bichir.

Bichir, a former telenovela actor in his native Mexico, is perhaps best known for his role as Bob "The Mexican" in Quentin Tarantino's 2015 film The Hateful Eight. He also scored an Academy Award nomination (in the Best Actor category) for his role as Carlos Galindo in 2011's A Better Life. He was also the voice of the titular character in the Latin Spanish dub of Disney's Aladdin.

On television, he's known for his roles as as corrupt politician Esteban Reyes on the Showtime series Weeds, and Detective Marco Ruiz on the FX drama The Bridge.