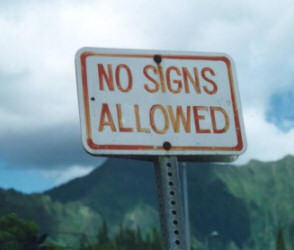 You mean besides this one?
"Hypocrisy is the tribute that vice pays to virtue."
— La Rochefoucauld
Advertisement:

Those who don't are hypocrites. The dichotomy here is that they may fervently and honestly believe what they say is right and good... they just don't have the moral strength or willpower to consistently live up to their own high standards. (Unless, of course, they're outright liars with no intention of living up to said standards.) They might believe that Utopia Justifies the Means and that they aren't worthy of it — or that only they can be entrusted to use those means because they're so enlightened (ie. better than everyone else). Maybe they're deeply in denial or have a severe lack of self-awareness, and justify their hypocrisy as either necessary or dismiss it with a simple, "That's different." In other cases, they might find the lure of Forbidden Fruit impossible to resist. Or maybe they think the rules should only apply to others.

An Entitled Bastard is often guilty of hypocrisy; because of their inflated sense of self-importance, they genuinely believe that they are deserving of gratitude, respect, love, etc. from others, even if they treat others with no such dignity (which is often the case). They will disregard the rights of others without shame, yet be genuinely offended at how "unfair" it is for those same people to not like them.

The horns hold up the halo.
Feedback