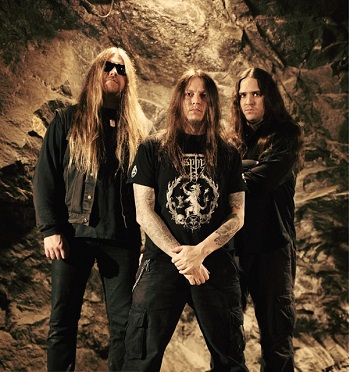 Hypocrisy are a Swedish Melodic Death Metal band that originally started off as an OSDM. Originally named Seditious, Founder Peter Tägtgren was living in Florida until 1990, where he decided to start his own Death Metal band. Notable for their American sound back in the day, they have since then shifted to their current style.

The band started with Magnus "Masse" Broberg of Dark Funeral fame on vocals and the lyrics for the first two albums, while Tagtgren would be on guitars. When Magnus left, Tägtgren took over as both the vocalist and lyricist. When that happened, the lyrics begun to change.

In 1997, Tägtgren decided he wanted to stop writing music and continue strictly as a producer with The Final Chapter. However, due to demand from fans, he continued to write music.

Tropes displayed by this Band: