Careful with That Axe 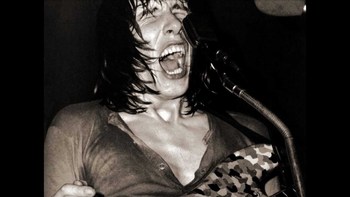 So you just got a brand new CD from your favorite band. You put in your stereo, lie down, and relax — HOLY CRAP, SOMEONE BROKE INTO THE STUDIO AND CHOPPED THE SINGER'S LEGS OFF!

Not literally, of course, but it sounds an awful lot like it. While some artists scream constantly, others will use unexpected bloodcurdling cries and screams to convey fear, pain, and madness, or just to freak listeners out. Sister trope to Metal Scream. See also Scatting.