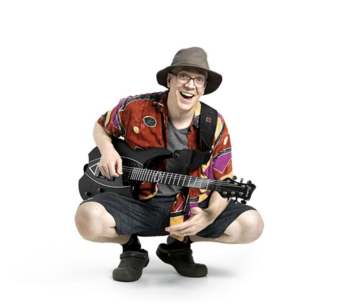 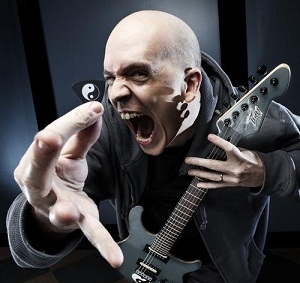 Click here to see him during his SYL/DTB years 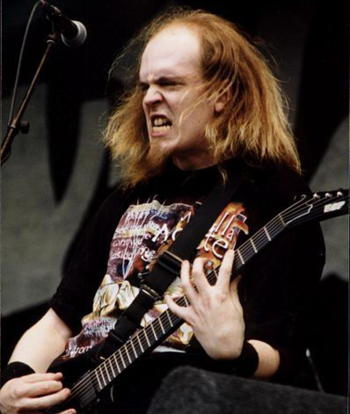 Devin Garrett Townsend (born May 5, 1972) is a Canadian musician and producer. He got his official start after years of toiling in the Pacific Northwest with Steve Vai in the 1993 album Sex and Religion, where he was the vocalist, and as a touring guitarist with The Wildhearts. However, he struggled mightily to get any of his own work put together and pressed onto records, and was becoming increasingly furious with how the music industry was treating him, which coalesced into the first Strapping Young Lad album. The album sold poorly, but was enough to get Devin work for Century Media Records. In this time, he managed to put together a more stable lineup and go on tour, while pushing the limits of Death Metal, Industrial Metal, and Progressive Metal all at the same time. But each record would come at a price, as Devin would routinely do mentally toxic things to himself in order to stay in the right frame of mind to keep making records that angry, and in 2006 SYL ended, as a combination of burnout and a belief that SYL had served it's purpose.

At the same time, Townsend had years worth of written material he wasn't able to publish before, and finally was able to put a solo record together that kickstarted the style of music he's been more personally inclined towards in the record Ocean Machine: Biomech, which was intended to be it's own project, but eventually became what he'd consider an "aspect" of his work, and has since made most of his solo work under his name or a band holding his name. He first started with The Devin Townsend Band, which essentially was a prototype for what would become his first thematic quadrilogy; The Devin Townsend Project, starting in 2009. The Project concluded in 2018, when Devin felt he had done everything he needed to with it. He decided to continue on his own (and with guest artists) with his March 2019 release; Empath.

He is known for two things: 1) his epic, sweeping prog metal walls of sound that both crush, inspire, and in general set a mood for his compositions, and 2) being completely bonkers in a Mad Artist sort of way, with a real affinity for the Rule of Funny, qualities that have earned him comparisons to Frank Zappa.

Discography with Strapping Young Lad
Discography as a Solo Artist (Devin Townsend Band, Devin Townsend Project, and beyond)
He's also a guest vocalist on the Ayreon album The Human Equation, voicing "Rage," and is one half of Casualties of Cool.

No relation to Pete, by the way.

Devin Townsend and his works contain examples of:

"And these things inside are all just things....