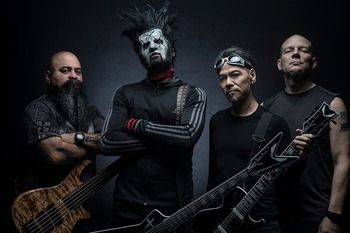 Static-X is an American industrial metal/nu metal/evil disco band formed in 1994 by singer/rhythm guitarist Wayne Static and drummer Ken Jay, eventually bringing in Tony Campos as the bassist, and Koichi Fukuda as the lead guitarist.

Founded during the rise of nu metal, their music can be best described as electronic music with significant metal and nu metal influences, though they would later ditch the nu metal aspects of their music.

The band had a hiatus on 2010, after which Static reformed the band in 2011 as the only member of it. It would break up in 2014, after Static died from multiple prescription drug toxicity.

The band would reform in 2018, with the original members from their first album, along with a new masked frontmannote Despite popular belief, it is not meant to be a death mask of Static., and plan on releasing material not used in previous albums.

open/close all folders
The music and videoclips
The band itself
In retrospect, no. In the long run, Wayne made his choices, and me being there wasn't going to affect that one way or another.
—Ken Jay, in an interview with Loudersound 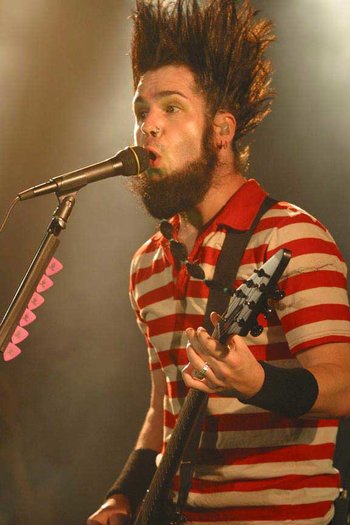 The face of the band. Gone, but never forgotten.

Wayne Static is the main founding member of Static-X and was it's longest running member until his untimely death in 2014. While Static-X is his most famous project, it is far from his first: his first band was Deep Blue Dream in 1987, with Ken Jay, Eric Harris and Billy Corgan, but that project was short-lived after a relocation to California.