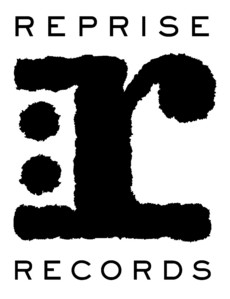 Reprise Records is a record label owned by the Warner Music Group and currently its largest sub-label. It was founded by Frank Sinatra in 1960, and after struggling early on was bought by Warner (Bros.) Records three years later (they called it a "rescue takeover").note Prior to starting Reprise, Sinatra initially tried to get his own imprint with Capitol Records, but they refused. He then looked into buying out another label, with possible candidates including Roulette, budget label Tops and jazz label Verve (where he was outbid by MGM). During the last few years of his Capitol contract, he was simultaneously doing recordings for them and for Reprise.

Sinatra's main philosophy when he founded the label was that all artists would be given full creative control of their work, and eventually ultimate ownership of their catalog. This means that most of Reprise's earliest artists now distribute under different labels.

After the Warner takeover, Reprise's new owner, Mo Ostin, would lead the label away from the swing roster that Sinatra had built (including his Rat Pack buddies Dean Martin and Sammy Davis Jr.) and into the pop direction for which it became famous (starting with securing American rights to The Kinks). The roster during the label's late 1960s and early '70s heyday included such artists as Jimi Hendrix, Captain Beefheart, Tom Lehrer, Neil Young (who's stayed with the label to this day, except during a brief, ill-fated switch to

Fleetwood Mac's internal conflict and dwindling sales led to them being moved up to the parent label, where they would record the massively popular and critically acclaimed Rumours; this didn't bode well for Reprise's future. Reprise had been struggling to maintain good sales after coming down from the success they'd had in the early 1970s, and from the mid-1970s to the 1980s, all of its artists (except for Frank Sinatra and Neil Young) had been moved up to Warner. From the label's revival in the late 1980s onward, Ostin has worked to elevate Reprise into the incarnation it's recognized as being today. Most of the label's (many) former artists still distribute their work from that era through the label. Reprise currently holds the place of a secondary parent to Warner, hosting many small labels that Warner can't handle.

Finally, if you've ever had a Warner-licensed song taken down from YouTube, it probably belonged to Reprise — they're very serious about that. Despite this, unlike Warner, Reprise has a good relationship with videogames: they have a track pack on Guitar Hero III and were completely supportive of Green Day: Rock Band.

Keep in mind that most of the artists listed here are officially under Warner management, but distribute heavily through Reprise - only a few of them are officially signed Reprise artists.