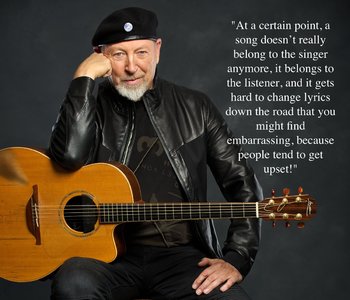 Richard Thompson (born 3 April 1949) is a highly regarded British singer/songwriter/guitarist, admired for his virtuosity and his incredibly dark but brilliant lyrics. He began with the British Folk Rock group Fairport Convention before striking out as a solo artist (recording a number of albums with his then wife Linda). Highly regarded amongst his peers, including David Byrne, Elvis Costello and Christy Moore, he has somehow avoided commercial success.

Albums with Danny Thompson (no relation)