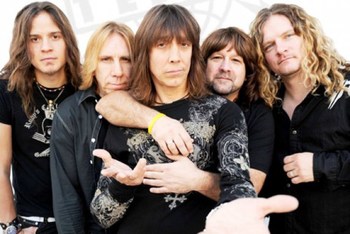 Tesla is a hard rock band from Sacramento, California. They were formed in 1981 by guitarist Frank Hannon and bassist Brian Wheat. In 1989, they released The Great Radio Controversy, which spawned the top ten hit "Love Song" and solidified their reputation. They disbanded in 1996, with their members embarking on solo careers before reforming in 2000. They have released seven studio albums throughout their career. They have sold over 14 million albums in the US.

"Listen up, now here’s the deal
I’m fuckin' crazy and don't appeal"
"We've gotta get back to Simplicity"