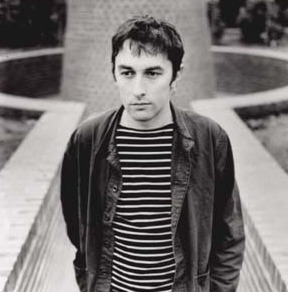 Usually spotted with a striped shirt and a slightly dreamy look in his face.

He is best known for his surreal instrumentation and melancholic solo piano pieces. A compilation of his tunes became iconic as the soundtrack for the Jean-Pierre Jeunet romantic comedy Amélie. The accordion and toy piano driven arrangements fell straight into a cliché of Paris, much to the displeasure of Tiersen, who says he "hates Paris" and doesn't want to be considered a soundtrack composer.

Among critics, he is well respected for his ability to combine Minimal Music with French Folk Music and his instrumental skills.