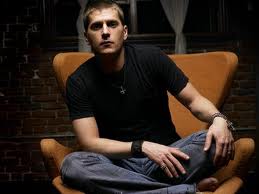 Don't wanna be lonely no more.

Robert Kelly Thomas (born February 14, 1972) is an American rock recording artist and songwriter. He is the primary songwriter and lead singer of the band Matchbox Twenty. Thomas also records and performs as a solo artist. Thomas earned three Grammy awards for co-writing and singing on the Santana triple-platinum hit "Smooth", on the album Supernatural in 1999.

Since 1995, his band has released a string of hit singles to radio including "Push", "3 A.M.", "Real World", "Back 2 Good", "Bent", "If You're Gone", "Mad Season", "Disease", "Unwell", "Bright Lights", and "How Far We've Come". In 2004, the Songwriters Hall of Fame awarded Thomas its first Starlight Award, recognizing young songwriters who have already had a lasting influence in the music industry.

His own hits include "Her Diamonds", "Give Me the Melt Down", "This is How a Heart Breaks", "Ever the Same", and "Little Wonders".

He is not the creator of Veronica Mars.