Something Else Also Rises 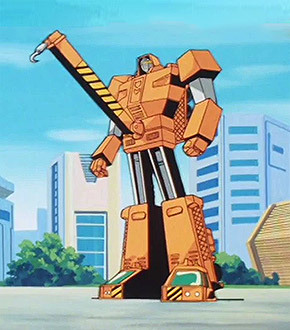 Schwing!
Rick Sanchez: (While his alien interrogator starts making noises as the flaps on his face twitch) Whoo, your little flappy-doodles are twitching. Does that mean you're aroused, or did you just get a signal that one of your buddies found a grape?
Cornvelius Daniel: (non-chalantly) It's arousal.
— Rick and Morty
Advertisement:

A type of Parental Bonus, Something Else Also Rises is a visual shorthand euphemism for an orgasm, an erection, or ejaculation. One can't come right out and say it — no pun intended — so there's a visual placed into the scene as an intentional Does This Remind You of Anything? This trope is a holdover from when it was still considered risque to show a man and a woman in the same bed (even if they were married). Filmmakers and animators found a way to get around the Moral Guardians, and still use it to this day, but, thanks to a lot of movies, TV shows, books, etc. being more open to reference sex now than back in the days of strict censorship boards, expect to see this being parodied, used as a Comedy Trope, or in more kid- and family-friendly fare that doesn't want to openly reference sexual matters, but does want to get crap past the radar to prove a point or for narrative reasons.

There is a female variation of this trope, too, although much rarer than the male version outside of more explicit material. While the male version is common, the female version is usually either not as explicit and heavily veiled in metaphors (like flowers opening or a waterfall), or the opposite: the scene is a lot more obviously sexually charged although no actual sex is shown. Lustful Melt is more often used as the female counterpart to this, though Lustful Melt can also be used for men (usually as a joke. See the actual Lustful Melt trope page for more information).

The Funny Animal version of the trope has ears and/or tails standing straight up instead (the latter of which, admittedly, makes sense if the animal in question is a peacock or something similar).

See also Foot Popping, Raging Stiffie, Nosebleed, Fireworks of Love, Or Are You Just Happy to See Me? and Late to the Punchline, as a lot of the Parental Bonus doesn't make sense until one has a few more years. Compare Fantastic Arousal, when what might seem to be a visual innuendo is in fact an alien species' erogenous zone. Contrast The Loins Sleep Tonight.

The sneakier younger sibling to the Sexy Discretion Shot.