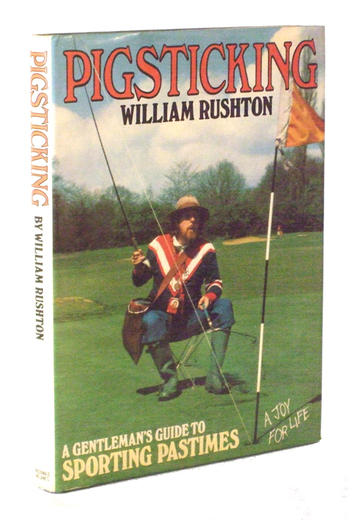 William George Rushton (18 August 1937 – 11 December 1996) was an English cartoonist, satirist, comedian, actor, author and performer who co-founded the satirical magazine Private Eye. He was a contemporary, at Shrewsbury School, with people like Richard Ingrams and Peter Cook. He was a mainstay of radio comedy show I'm Sorry I Haven't a Clue right up until his early death in 1996.

Published novels and other writings include:

Tropes present and given the satirical treatment during the life of Willie Rushton, and indeed pig-stuck, include