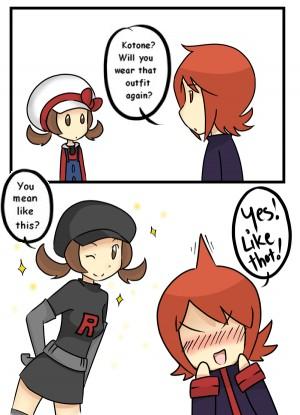 . Used with permission.
"I think your whole body becomes suspicious when you’re not ready for a test. And when you look at the questions, your hair is the first to know!"
—Peppermint Patty, Peanuts
Advertisement:

Either it's unconscious telekinesis or itsy-bitsy teeny-weeny muscles (or just the animators being weird!), but however it's managed, the character's hair is independently mobile and responsive to their moods. Sometimes it's nothing more than a pigtail that sticks out straight in defiance of gravity when the character's shocked or frightened, but it can go so far as fully prehensile braids that shape themselves into hearts, question marks, and other iconic forms.

See also its sister trope, Expressive Mask, and its (occasionally) more violent cousin, Prehensile Hair. For when it's specific to illness, head over to Bedhead-itis. See also Expressive Ears, Expressive Accessory. Can be related to Kaleidoscope Hair if the hair changes color.