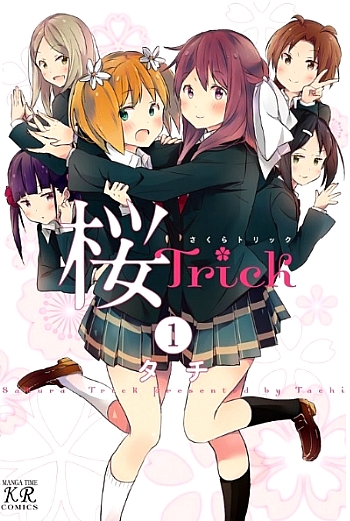 Yuu and Haruka, flanked by Yuzu and Kaede (right) and Kotone and Shizuku (left)
Advertisement:

order. While "Takayama" is right after "Sonoda," this time Yuu was assigned to the back of a row, pushing Haruka to the front of the next. Forced to spend more time with their other classmates, Yuu and Haruka decide that they should do something special to keep their relationship special. They settle on kissing. Lots and lots and lots of kissing.

A Yonkoma manga serialized in Manga Time Kirara Miracle! from 2011 to 2017, it had an anime adaptation by Studio DEEN which aired in January of 2014. The anime is available for streaming on Crunchyroll