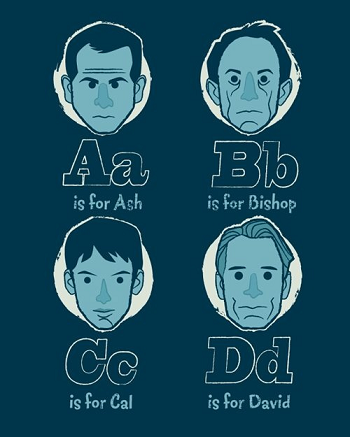 Aquata: It's got my initial on it.
Attina: All of our names start with "A", Aquata.
— The Little Mermaid III: Ariel's Beginning
Advertisement:

A very common and easy to spot form of Theme Naming is the use of common or similar letters, or patterns of letters. This includes such things as names which begin or end with the same letter and names in alphabetical order.