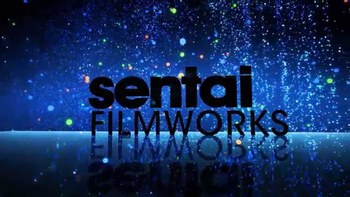 On September 1, 2009, longtime anime licensor ADV Films — which had spent the previous two years enduring a spectacular public collapse†  (although the immediate reason for ADV's destruction was a toxic working relationship with Japanese company Sojitz that resulted in ADV losing three years worth of assets literally overnight, the root cause of their troubles was the same as what killed Geneon, Central Park Media, and eventually Bandai: investing too much money in a market that couldn't support it, driving up costs to the point that the entire industry became unsustainable — a classic bubble; the loss of major retail nodes like Suncoast/FYE and Circuit City only accelerated the industry's collapse) — announced that it sold most of its assets to five different companies, all of which are based in Houston.

So, the old ADV is now dead, at least legally.

Sentai Filmworks, founded by ADV co-founder John Ledford, is the licensor company for acquiring Japanese anime into the North American market. It is, essentially, ADV under a new name. Here's their website.

In 2022, Sentai was acquired by AMC Networks.

Sentai Filmworks and their works provide examples of: