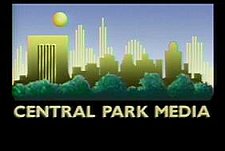 Should be noted here that some of the earlier dubs for the anime they licensed were re-scored as was a common practice at the time. Though this is mostly due to those early dubs being handled by Manga Entertainment, who infamously did this back in their early days to supposedly make it more accessible to an American audience note  though this was also done to avoid paying to license the use of the original music . This resulted in such mutilations as was done to Dominion: Tank Police. If you have the DVD release, switch back and forth between Japanese and English soundtracks. It's almost two different shows.

Their divisions included "U.S. Manga Corps", "Software Sculptors", and "Anime 18", as well as a manga/comics division.

One of CPM's former employees, Justin Sevakis (who worked in subtitling and DVD editing), founded Anime News Network and now runs MediaOCD who does video authoring for several companies, most notably Discotek Media and Anime Limited.

Non-hentai works released by this company include: