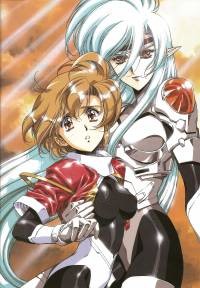 In the year 2022, human civilization was devastated by volcanic eruptions caused by an artificial intelligence called "Gaia" drilling into the Earth. The few survivors live in underground shelters. However, these shelters are threatened by the "GM", a swarm of robots (originally Gaia's repair subsystem) trying to either kill the humans or transform them into more GM. The story follows a group of people on their journey from their shelter to Gaia, where they intend to reprogram Gaia in order to stop the plague of GM and to prevent Gaia from destroying the Earth completely.