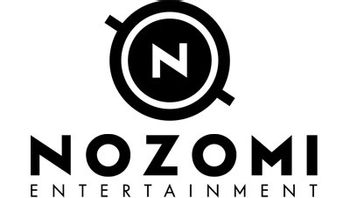 Nozomi Entertainment is an anime licensing company based in Iowa, United States. It's a division of online and mail-order retailer The Right Stuf International (now Right Stuf Inc.), and went by that same name up until 2007. They generally have an excellent reputation, choosing high-quality series and when possible, putting out releases that are also of high quality. As seen here, they have plenty of rescued titles from shuttered companies and classic titles, some with fandoms that had little realistic hope to see the titles in the States again.

It is, however, notorious for not dubbing never-before released anime if licensed.

that Right Stuf, and Nozomi Entertainment by proxy

, was acquired by Crunchyroll.

Works released by this company include: