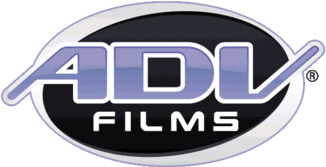 Originally called "A.D. Vision" ("A.D." was mentioned on early covers to stand for "Animation Dubbing") when it was founded in 1992 by hardcore otaku John Ledford, David Williams, and Matt Greenfield, ADV Films was one of the pioneers of importing and dubbing anime television series for American audiences until its liquidation on September 1, 2009. This Houston-based production house made its debut with the release of Devil Hunter Yohko in 1993. After establishing their own ADR studio in West Houston one year later, ADV began dubbing their shows, eventually earning a reputation for producing some of the best dubs in the North American market. At their height in 2005, ADV was the undisputed market leader (of an admittedly small niche), boasting the largest catalog of any anime company - including popular fan-favourite titles like Neon Genesis Evangelion, Full Metal Panic!, Excel Saga, Azumanga Daioh, Sonic the Hedgehog: The Movie, and plenty more. They also licensed and published manga (including a few series they didn't have anime rights to), and were the publishers of otaku magazine Newtype USA. They also created and ran The Anime Network, which continues to operate (albeit in heavily truncated form) to this day.

Because of a total lack of any sort of voice actor pool in Texas at the time, ADV drew heavily from the local theatre scenes in Houston and Austin. Over the next dozen years, the studio groomed a large crop of voice actors, several of whom became regular faces on the convention circuit. A few have gone on to become directors and producers themselves. Among the actors who got their voice-acting start at ADV (some still live in Houston and continue to record the occasional dub for ADV's successor) are Amanda Winn-Lee, Jessica Calvello, Spike Spencer, Tiffany Grant (ADV's first voice actress), Kira Vincent-Davis, Vic Mignogna, Monica Rial, Luci Christian, Greg Ayres, Chris Patton and Hilary Haag.

ADV had also been raising funds and looking for talent for an incredibly ambitious project— a Hollywood Live-Action Adaptation of Neon Genesis Evangelion. The project went far enough to have special effects house WETA produce some design sketches, but it seems highly unlikely it will ever make it out of Development Hell, especially since ADV filed a lawsuit against Studio Gainax over the film.

By 2008, the company's Glory Days were long gone. ADV's manga, music, and toys divisions had either been shut down or had no production at all for some time. On January 4, Anime Network shuttered their 24/7 linear channel. On January 18, ADV announced its Anime ADVocates program, which provided screening material and other promotional content to anime clubs in North America, had been suspended indefinitely. In February, they announced they would no longer publish NewType USA. They launched PiQ Magazine as a replacement for NewType, which lasted four issues before being discontinued.

Their main anime division didn't last much longer. In January 2008, nearly 3 dozen titles representing two years worth of investment and work suddenly disappeared from their website without explanation, and DVD releases ceased. It turned out all of those titles had been acquired with help from Japan's Sojitz Corporation. ADV, which had gained a reputation for active communication with their customer base, fell eerily silent. A little over a month later, most of the missing shows were restored to the website and DVD releases resumed, although a couple of titles, notably Tengen Toppa Gurren Lagann, appeared in the possession of other US licensors. Finally, in July, the same 30 licenses that had disappeared in January were suddenly transferred to Funimation. This included some series that had not yet been fully-released on DVD, such as Kanon and Welcome to the N.H.K..

In October 2008, ADV "partnered" with a "new" company known as Sentai Filmworks, which was founded by John Ledford, and began to license titles again. For the most part, though, most of these acquisitions were titles previously held by other American companies (like Mahoromatic being a license-rescue from recently-dead Geneon), although there were a couple of newly-licensed series in the mix, most notably CLANNAD. The shows released by Sentai Filmworks that hadn't been released in the US before were released as sub-only DVD's with a minimum of extras and only a basic menu. To some, this was an indication how far ADV had fallen from its glory days of only a couple years back.

On September 1, 2009, ADV sold most of its assets to five different companies (all of which are still based in Houston) and ceased operations at their 5750 Bintliff Drive studio, ending ADV's seventeen year run as one of the major North American anime licensing studios.

After the September 2009 restructuring, new releases typically have these credits:

For what it's worth, nobody in North America was fooled by this legal shell-game – many fans will refer to the new companies as "Neo-ADV", "Zombie-ADV", or something similar. Even the people working at the studio have been known to call actors and accidentally use the old company names... "or whatever we're called now".

In January 2012, Funimation, who wasn't fooled either, sued ADV and its associated companies over the Sojitz licensing. The lawsuit was finally dropped in May 2014, with ADV apparently winning (though it's unclear if they settled out of court). To this day, Sentai Filmworks continues to license anime to this day, regularly dubs most of their catalog, and releases them to DVD and Blu-ray.