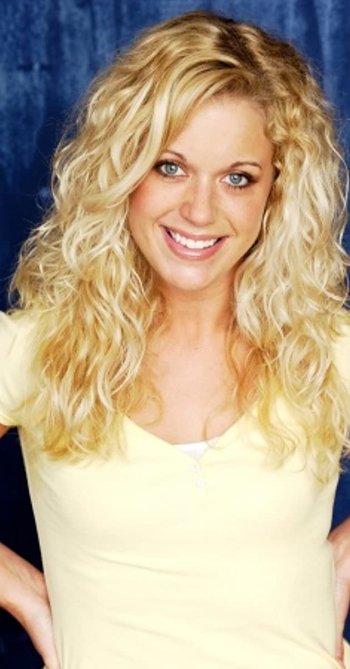 Marguerite Katelyn "Maggie" Flecknoe (born April 17, 1983 in Aurora, Colorado) is a voice actress who primarily works with Sentai Filmworks. Much like Bridget Hoffman and Kikuko Inoue, she's Sentai's go to girl for Yamato Nadeshiko or motherly type characters. In fact, when Sentai Filmworks decided to use their in-house studio for a spinoff, she effectively took over one of Hoffman's roles.

While she isn't doing any voice acting, she also works as a television host for Houston based CW affliate KIAH-TV online segment called the Online Dish and helped in the Eye Opener morning news program. In addition, Flecknoe has also done some radio work as an entertainment, news, and traffic reporter for Radio 740 KTRH and 790 The Sports Animal.