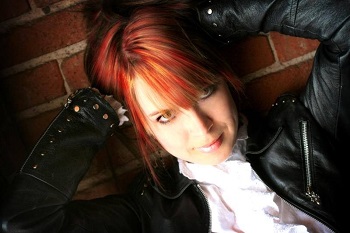 Caitlynn Lindsay Shae French (born May 8th, 1989 in Fort Worth, Texas) is a recent rising star of Seraphim Sentai Filmworks (and occasionally a few dubs by Media Blasters). She made her debut as Chiaki Kurihara in Bodacious Space Pirates. In addition to doing voice work for anime, she also did a few voice work in several indie visual novel (Airi from Lucid9)

French came out as bisexual in June 2020.

Tropes which apply to Caitlynn's roles include: