Manga / Say I Love You 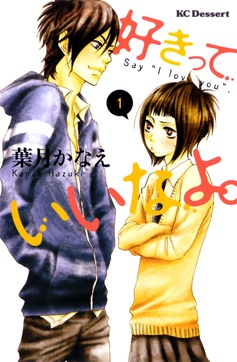 Quiet and unassuming, sixteen-year-old Mei Tachibana has spent her high school years without making friends or getting a boyfriend after an incident in her childhood causes her to believe that all people betray each other. When she encounters popular boy Yamato Kurosawa, he becomes interested in her and it is through their tentative friendship and blossoming relationship that Mei ultimately begins to branch out and befriend others.

A 13 episode anime adaptation by ZEXCS aired as part of the Fall 2012 Anime season, and an OVA was released in July 2013. Currently streaming on Crunchyroll

and the Anime Network