This page assumes you have played both Metro 2033 and Metro: Last Light and will have unmarked spoilers for both games. 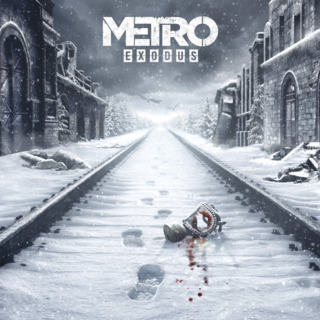 The Future is still all I Fear...
"To live without hope is to cease to live."
— Fyodor Dostoevsky
Advertisement:

Metro Exodus is a First-Person Shooter developed by 4A Games, the sequel to Metro: Last Light and the novel Metro 2035, and the third game in the Metro series overall.

After the events of Last Light, Artyom leaves the Moscow Metro and heads eastward, accompanied by his wife Anna and some loyal Rangers, determined to find other survivors of the apocalypse. The journey, however, will not be easy; he must navigate the harsh Russian wilderness, scavenging supplies, and fending off mutants and hostile humans. The game takes place over the course of one year, with the seasons changing, which affects how enemies and mutants will act.

As many of 4A Games' employees have previously worked on STALKER, they sought to combine S.T.A.L.K.E.R.'s large, open-ended areas with the Metro series' more linear gameplay, calling the combination "sandbox survival". Weapon customizations return, with some new refinements, while a new Item Crafting system allows the players to create new materials.

The game was released on February 15, 2019 for the Xbox One, PlayStation 4, and Microsoft Windows. It was originally available for pre-order on Steam, but it was announced on January 28, 2019 that the game will be sold exclusively via the Epic Games Store until 2020, though all pre-orders made on Steam beforehand will be honored. The exclusivity ended on June 9, 2019, during Microsoft's E3 conference, when it was announced that not only would the Xbox One version be added to the Xbox Game Pass, but that the Game Pass was making its Windows debut as well, allowing PC gamers to obtain the game via the Microsoft Store with the Xbox/PC Game Pass.

Following the game's release, two DLC packs were released, The Two Colonels and Sam's Story, following two other characters and expanding the story.