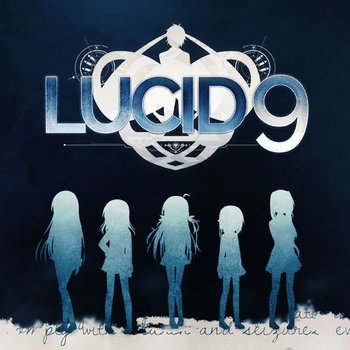 Lucid9 is a freeware mystery Visual Novel developed by Fallen Snow Studios using Ren'Py. It is being released in three separate chapters and is currently a work in progress.

Yama Ishimoto is a cynical high school student who would like nothing more than to breeze through life without any drama. After a string of student disappearances in his home city of Isamu, however, Yama finds himself slowly dragged into a world of intrigue and danger.

The first chapter, Inciting Incident, was released on April 14th 2016, and consists of the entirety of the common route. The second chapter, which splits off into the different heroine routes and takes place 3 years after the events of Inciting Incident, is currently in development, but no release date has been announced as of yet. The third chapter, corresponding to a True Route, has also been planned for future release. In late December of 2019, the development team released the Lucid9 Heroine Prologues, which act as a teaser for the heroine routes and can only be accessed after Inciting Incident is complete.

A fully voiced version of Inciting Incident is also in development. It was originally planned for a 2017 release, but was delayed several times due to numerous difficulties in casting and resources. On January 19th 2021, a standalone build of the game patched with the voiceovers of Inciting Incident's first three days was made available for direct download. It is tentatively planned for the chapter's full voiceover to be patched to the Steam and itch.io versions of the game later in the year.

Heavy spoilers below, read at your own risk!