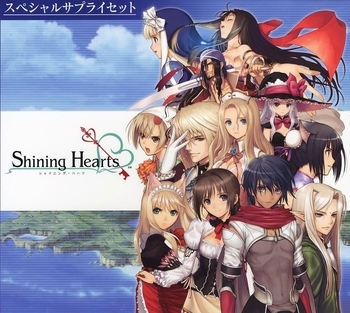 Set in an alternate setting to Shining Tears X Wind, Shining Hearts: Shiawase no Pan (Shining Hearts: Bread of Happiness) is a Slice of Life anime that began airing in April 2012 and centers around Rick, a swordsman turned baker on the island of Wyndaria. When a mysterious amnesiac girl named Kaguya is washed up on the beach after a fierce storm, Rick and his fellow bakers Nellis, Amyl, and Aerie decide to help Kaguya regain her memories.