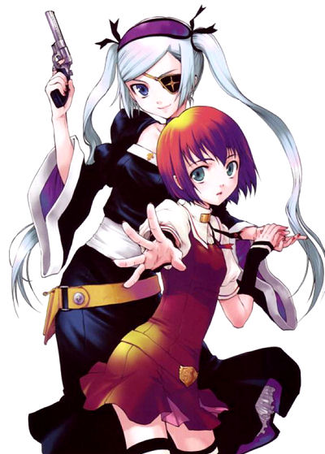 One day middle school student Sumire Takahana meets the mysterious Lucia Nahashi, who is part of a group called Venus Vanguard. From that day on, Sumire is drawn into Lucia's ongoing battles with "Viruses", evil spirits that snatch people's souls away. Sumire discovers that she not only has the power to see the Virus, but that she can turn into a mindless living antibody, called "Berserker mode"—an ability that Lucia finds highly useful for her purposes. It's needless to say that these events turn Sumire's life totally upside down.

Venus Versus Virus started as a manga series by Atsushi Suzumi, which originally ran from 2005 to 2008 (first in Dengeki Comic Gao! for most of its run, before finishing in Dengeki Daioh after Gao! was discontinued). It was adapted into an anime series by Studio Hibari in 2007 (with Lucia voiced by Ayahi Takagaki and Sumire voiced by Minori Chihara). Even though it's filled with action and supernatural mystery, the focus of the series is on the relationship between Sumire and Lucia in the face of the threats they encounter.

Venus Versus Virus contains examples of: