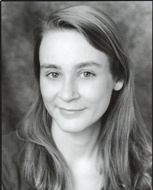 Shannon Emerick (born September 24, 1973 in Dallas, Texas) is one of the many English voice actors for the Texas-based English dubbing studios. Originally from Dallas, Texas, she got her debut playing the role of Kei Kisihimoto in Gantz and is rolling more roles since then. She frequently is cast as young or "baby faced" boys, though she does get roles as girls too.