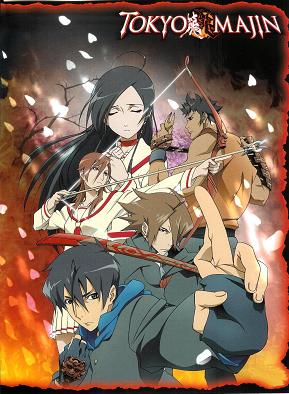 In the nights of Tokyo, mysterious deaths involving the 'Reborn Dead' occur. People that are disappearing at night suddenly reappear during the day as a corpse. Not only that, but as the corpses are sent to the morgue to be autopsied, they disappear again leaving signs showing that they escaped themselves.

To fight these 'Reborn Dead' and to prevent more deaths, mysterious transfer student, Tatsuma Hiyuu, and delinquent student, Kyouichi Houraiji, stay up every night to fight and solve what's causing this. Along with the rest of their group, who all have supernatural powers, they soon realize that a greater threat, which involves even more powerful demons, is near...

Tropes for the games: