The Anime of the Game 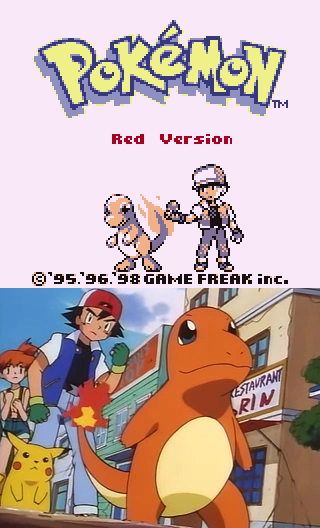 No, they're not the same character. note The latter was based on the former, though. And it's the human trainer we mean, not the Pokémon itself.
Advertisement:

In the same vein as The Film of the Book, this is when a Video Game is adapted into a series, usually an Anime. It's extremely common in the case of Visual Novels.

A Sub-Trope to Animated Adaptation; video games, by their very nature, are already animated (though cases that adapt them into live-action series also count as examples). RPGs in particular tend to have sprawling plotlines narrowed or cut entirely.

May involve Bleached Underpants depending on the source.

If you're looking for the reverse of this trope — that is, the game derived from the anime — see Licensed Game. For examples of games adapted to films, see Video Game Movies.

Examples (by type of series adapted to):