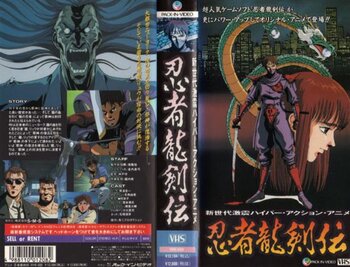 Ninja Gaiden is a 1991 OVA which takes place after Ninja Gaiden II: The Dark Sword of Chaos.