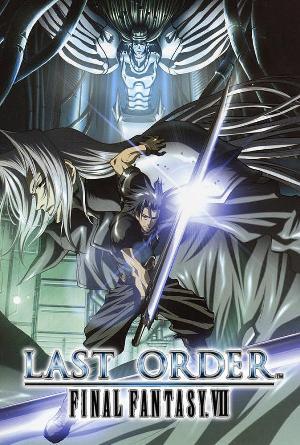 Mother... Come to the Promised Land with me...
Sephiroth
Advertisement:

Last Order: Final Fantasy VII, an OAV version of two flashbacks from the seventh numbered installment in the leg-shatteringly popular Final Fantasy series; well known as the Black Sheep of the Compilation of Final Fantasy VII mostly due to its differing art style when compared to the other titles; animated by Mad House (yes, that Mad House) and directed by Morio Asaka, Last Order was written by the creators of the original game with the original producer and music composer. Tetsuya Nomura supervised the project.