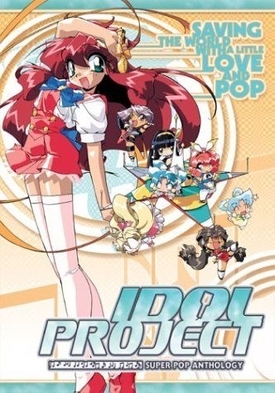 Idol Project was a four-episode OVA from 1995, about a 14-year-old girl named Mimu Emilton and her quest to become a great idol singer just like her personal idol, Yuri. On the way to her audition, Mimu encounters the six "Excellent Idols", the top singers in their craft. They quickly become her allies and then her friends as they give her advice for how to succeed at her audition. They come to cheer her on as she begins to sing...

...but they are all kidnapped by aliens and taken to another dimension to compete with idols from other planets.